How to see Ubuntu version in terminal?

In this tutorial I am discussing the ways to find Ubuntu version installed on your system.

Ubuntu operating system is very popular and during deployment of the applications in production you may have to deploy different versions of this operating system. If you have forgotten the version of your Ubuntu OS then follow the tutorial which explains ways to find the Ubuntu version either in terminal or using the Ubuntu Desktop tools.

How to see Ubuntu version in terminal?

The easiest and most easiest method is to login to your server in terminal (ssh) and then run the commands for find the version of OS.

The lsb_release command can be used to get the information about the version of Ubuntu. This command is used to certain LSB (Linux Standard Base) and Distribution information on the console. We will run this command in terminal go get the details of distribution.

1. Login to your Ubuntu in SSH or if you are using desktop then open the terminal.

2. In the terminal type following command:

This command will print the Ubuntu version as shown below:

Here is video of the steps:

If you are using the desktop then click the "gear" icon in top right corner of your screen. Then select "About This Computer": 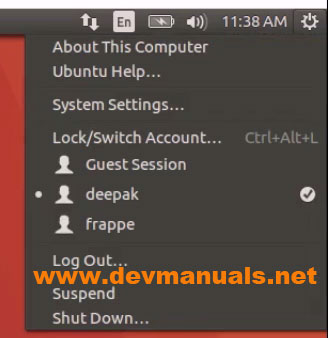 After that system will display the system information as shown below:

So, this way you can find the version of Ubuntu operating system.